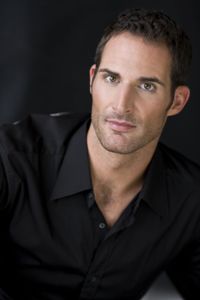 James Valenti (born September 2, 1977) is an American operatic tenor with an active international career specializing in leading roles in the Italian and French repertoire. Born and raised in New Jersey, he is a graduate of West Virginia University and the Academy of Vocal Arts in Philadelphia. Valenti made his professional debut in 2003 as Rodolfo in La bohème at the Rome Opera and was the 2010 winner of the Richard Tucker Award.